Do Stores Glue Fake Flowers On Cactus? Why and What To Do

Categories All, how to, Problems and Solutions

But then I reminded myself I shouldn’t be too haughty about it because not too long ago, I didn’t know this either. Why are there fake flowers on cactus plants? Who puts them there? Do we need to remove them? Find out the answers to these questions and more right here.

Do stores glue fake flowers on a cactus?

Why do they put fake flowers on a cactus?

Whether you’ve been a cacti grower for a while or a beginner, you’re most likely drawn to these special plants because you find them fascinating and attractive in their own way. For a lot of us, especially those new to cacti, we were drawn to our first few cactus purchases due to the colorful straw flowers attached to the plants.

This is why stores sell cacti with fake flowers attached. They are more attractive and eye-catching to the consumers and have more ‘mass appeal’. And this translates to more sales. I’m sure stores that sell them have profit as their main drive, which is totally understandable.

Sadly for these cacti, they are not seen as attractive enough on their own and need to be ‘dressed up’ this way so they could fly off the shelves quicker. Luckily, when provided with proper care, they will not suffer any permanent, long-term damage.

How to tell if they are real or fake flowers?

First, I noticed that some suppliers are labeling these cacti sold with straw flowers attached as ‘Cactus Straw Flower’. That should give you a clue right there that the flower is not a real bloom. But even if the plant is not labeled, it is easy to tell if the flower is real or not if you know what to look for.

Once you’ve seen a real flower from a cactus, whether in pictures or in real life, you would be able to tell apart quite easily a real cactus bloom or a fake one. First of all, when you go into a store and see all these different types and species of cacti on the shelf with suspiciously uniform looking, albeit different colored flowers, it is a giveaway that these flowers are fake and glued on.

Strawflower hot glued on a cactus

Cactus Strawflower on the label

Different cacti species will have their own signature flowers. For instance, mammillaria species produce attractive flowers that grow around the head of the plant, forming a ring or a crown. If you see a mammillaria plant with a single strawflower on top, it is a dead give away that the flower is fake. And if you see different species of cactus sporting the same looking flower, that should tell you right there that these flowers are not real.

Real flowers also grow from a stem that protrudes out of the cactus, often from the side rather than the top center of the plant. Some of these stems are really long and very pronounced so they are hard to miss. But even if the stems are not noticeable, the flower should be attached to the body of the plant.

Fake flowers are often hot glued or pinned to the plant. Hot glue is the most common one I’ve seen. If you look closely, you won’t have trouble spotting the hot glue that’s connecting the fake flower to the cactus. The hot glue will look exactly how a dried up glue is supposed to look so it’s very easy to spot and recognize.

One interesting fact about these straw flowers is that they are actually real straw flowers from a flowering plant. These strawflowers are also known as golden everlasting and they can last for months and even open and close as real, live flowers do.

Lately, from my last visit to the store, I’ve also seen fake flowers made of what appears to be rubber or silicone material. When you touch them they feel rubbery and synthetic. Real flowers are delicate and soft to touch.

How to remove fake flowers?

What I normally do is I carefully and very gently pull the flower off the plant. If you’re lucky, sometimes the flower is barely hanging onto the plant and you don’t have to do that much to pull it off. But sometimes if you’re not too lucky, the flowers will be very hard to peel off the plant without damaging it.

Since they are hot glued onto the cactus, it may take a few attempts before you can get them off. Whatever you do, be very careful not to pull a huge chunk of cactus flesh along with the flower and glue.

Just wiggle the flower from side to side to loosen it from the glue. You can use your bare fingers to carefully peel it off or you can use tweezers, scissors, or a combination of these. Protect your fingers from the sharp spines of the cactus because you can get badly injured from doing this.

Most likely, if the flower is really attached firmly to the plant, no matter how carefully you pull it out, the plant will sustain a wound. It may lose a few areoles or glochids and a thin layer of skin. This is not deadly to the plant and it will recover and scab over in a few days. The scab will leave a scar on the plant but it’s not such a big deal.

How to take care of the cactus wound

If the plant sustains a large wound where a big piece of skin and flesh gets damaged or comes off, the plant will be more susceptible to infections, especially if the area gets wet and is exposed to bacteria. Make sure you allow the wound to dry and heal, preferably someplace away from insects or pests that might be drawn to the plant’s open wound.

This wound needs to dry and scab to prevent infection

What if you cannot remove the hot glue?

There are times when no matter how hard you try the hot glue will not come off. You can try melting the hot glue by blowing hot air onto it with a hairdryer. Just be careful not to burn the plant. Some people have had success with using scissors to partly cut and partly peel the glue off.

Whatever you do, do it gently and patiently to lessen the damage to the plant. My opinion is if you can’t get the glue off this time, leave it on and see what happens. Sometimes exposure to nature will be enough to loosen the glue. With heat and humidity, the glue should come off on its own eventually. Or as the plant stretches and gets bigger, the glue gets loosened and can fall off on its own. You’ll just have to live with how it looks in the meantime.

Do you really need to remove the fake flower?

When a flower is hot glued onto a cactus, the damage is already done. Leaving the fake flower there shouldn’t really bother the plant. As long as it’s given proper care, it should continue growing and eventually, nature will take its course and the fake flower will fall off on its own.

The only major concern I have with leaving the flower on is moisture might collect in the area where the hot glue and flower is. The constant moisture can damage that part of the plant and eventually can cause rot. If you decide to leave the flower on, make sure the area is not collecting moisture and it stays dry for the most part and it should be ok.

How to care for a cactus with a strawflower?

Caring for a cactus with a strawflower is the same as caring for any other cacti. Take care of the basics and the plant will grow and flourish. Provide a well-draining potting mix, water when the soil is dry, provide plenty of sunlight, and feed or fertilizer as needed during the growing season.

When given the right growing environment, the cactus will flower on its own once mature and ready. For tips on how to encourage blooms, visit my post on “How To Get Succulents and Cacti To Bloom.” If you think these strawflowers are pretty, you’re in for a treat once you see your cactus bloom for the first time, even if it’s just a small bloom. That’s because the actual flowers are so much more attractive than these colorful straw flowers.

I’ve heard some people say to boycott these stores and not to buy cactus with fake flowers. But sometimes they’re the only option available to us. And frankly, they are very affordable, especially when on sale or on clearance. So even if they are a bit of a nuisance, it might be worth the trouble of removing them. Once I started appreciating cacti plants in their natural beauty, I find them so much more attractive just as they are, without anything attached to them, unless of course, it’s an actual bloom.

Wondering where to find succulents and cacti online? Check out my resource page for recommendations on where to purchase them online.

Pin this to save for later or share with others now!

15 Amazing Purple Succulents and Cacti You Would Love
← Previous
Why Does a Cactus Turn Yellow and Brown? How To Save It
Next →
Comments are closed. 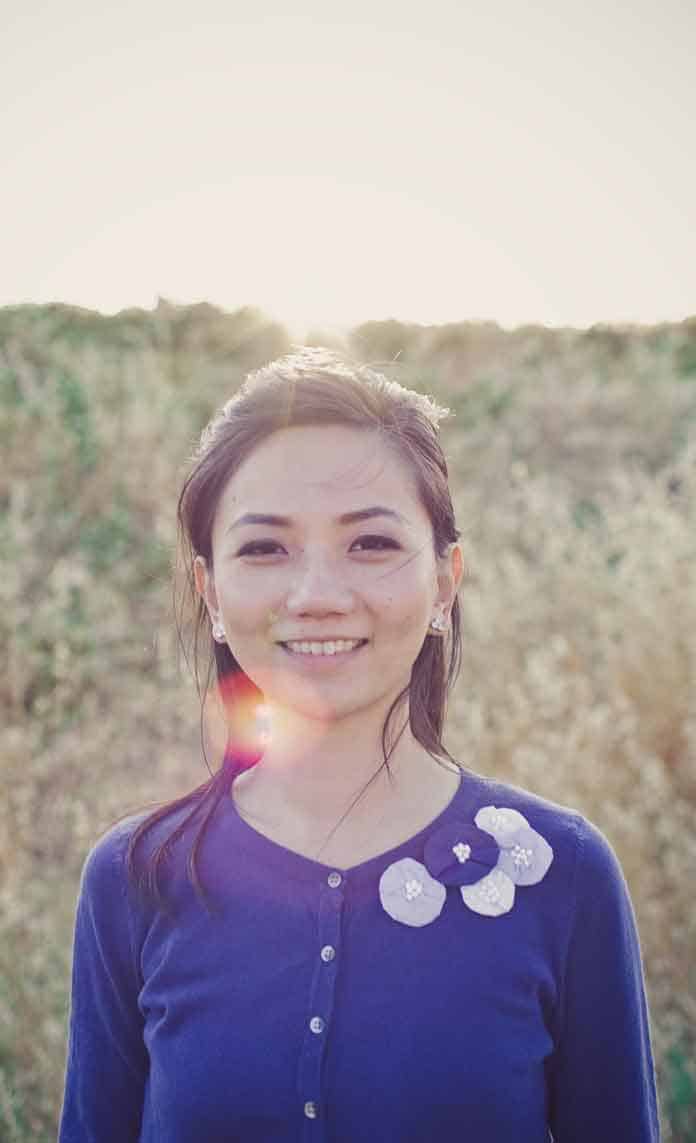 If you’re a succulent lover like me, then you have come to the right place. This website is a collection of knowledge I’ve learned over the years and continue to learn about growing succulents. I am by no means an expert on succulents and cacti, but through love and persistence, as well as trials and errors along the way, loads of useful information have been compiled, and this website was born.